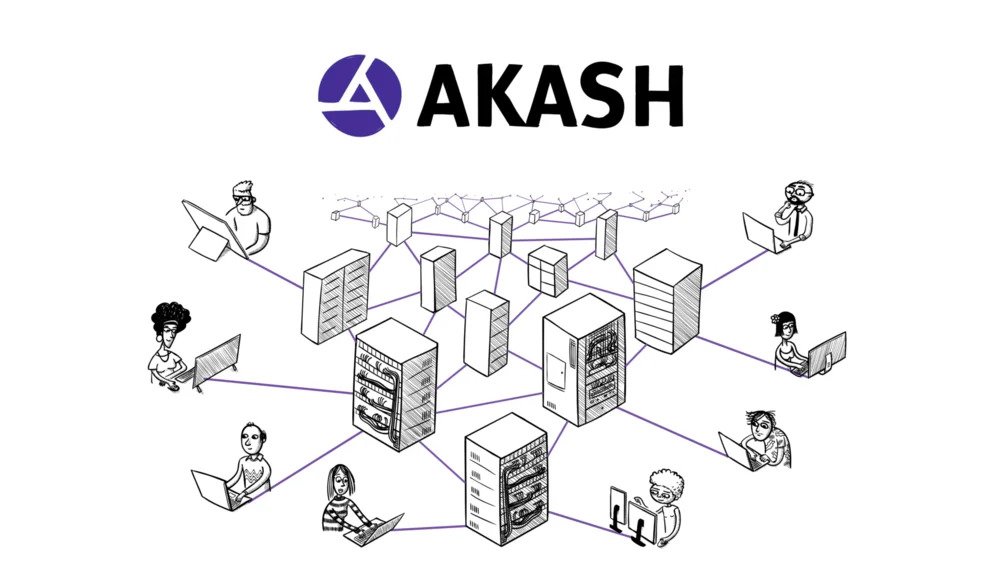 For users, the interface will be similar to any other cloud compute platform. Users define a deployment criteria (resources and price).

For providers, the onboarding process involves installing the Akash agent (based on CoreOS) on idle servers and programmatically bidding on new deployments.

There are several competitors in this space at varying stages of progress, but most are targeting supercomputer or highly distributed workloads whereas Akash is targeting more common enterprise workloads (eg. running an application server or anything you might deploy onto AWS or Google Cloud).

Akash has a blog post regarding their competition here.

Akash also mentioned that part of their market is technology providers who don’t yet offer hosted/managed services.

Go to market strategy: CI/CD + testing, since it is usually a less critical system. I think it’s a great way to build a developer community and an easy sell to companies if the integration is simple.

(Akash is a project by Overclock Labs)

Akash has 5 companies in pilot, including Packet, Life360, and Polyverse.

Some of the advisors are founders of companies that have underutilized datacenters, or want to use Akash to lower their costs.

Greg Osuri (CEO) is Cofounder of AngelHack, which means Akash has immediate access to a huge pool of engineering talent.

Mostly compatible with Kubernetes configuration, so migration/onboarding should be simple. Easy for potential tenants to scale their workloads in from existing cloud platforms.

Staking: anyone can join the network, so there is risk of bad actors. 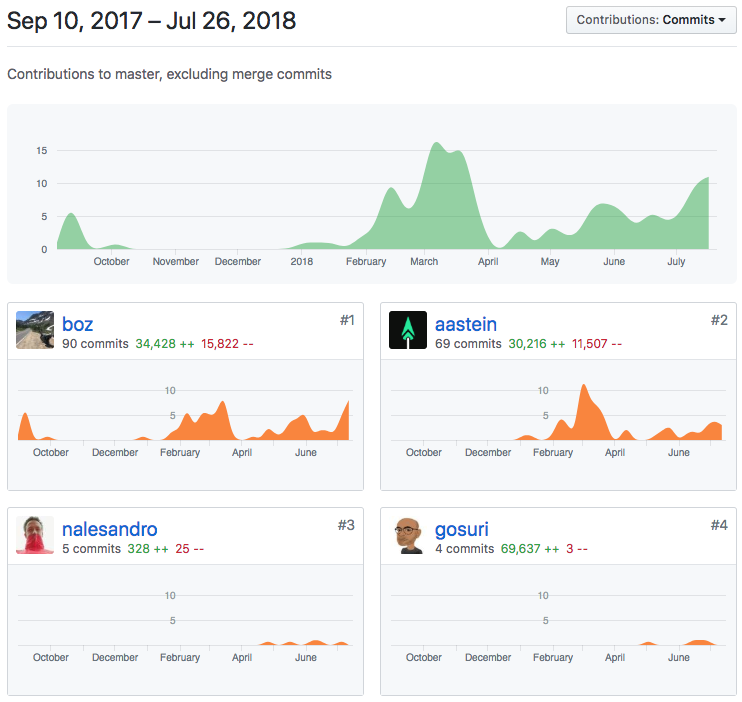 This is good - the CEO, CTO, and main engineer have the most contributions in this git repo, and the project was started September 2017.

First let’s take a look at the Makefile, to know where to begin. 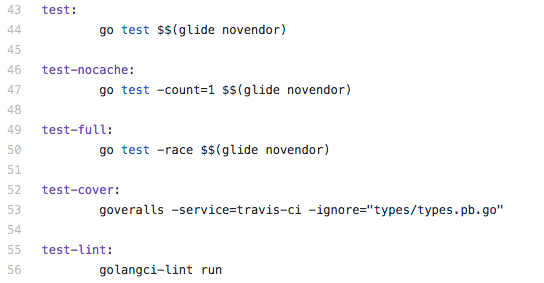 The Makefile refers to /cmd/akash/main.go, which seems to be run by both providers and tenants. 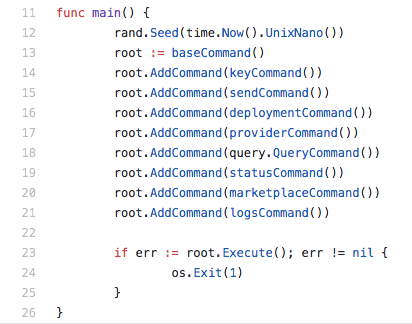 It loads the following files:

/cmd/akash/send.go: send tokens as a transaction

/cmd/akash/deployment.go: send deployment configuration as a transaction and waits for a Fulfillment and Lease. Once Lease is created, the manifest is sent over to the provider. This file also contains functions to update and close deployments.

/cmd/akash/provider.go: create keys for provider, and use Kubernetes to run task. close Fulfillment and Leases.

/cmd/akash/marketplace.go: Listens to events on the marketplace

The Makefile also refers to /cmd/akashd/main.go, which seems to be run by validators. The files in this directory initialize the node, using Tendermint: 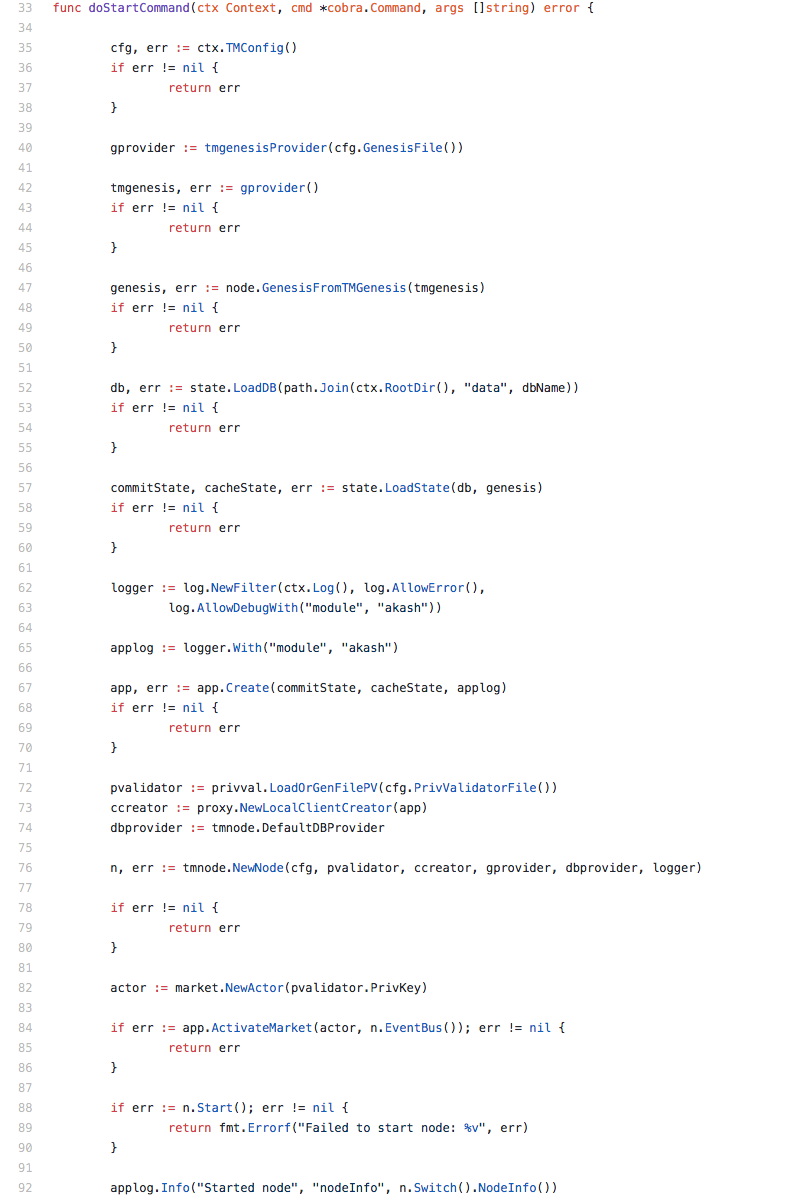 /marketplace: PubSub subscriber to monitor all transaction events and call individual handlers for each step of a deployment lifecycle. The events come from /provider/event/tx.go.

/provider: The code here includes a bid engine, an RPC, and a manifest handler. In addition, this directory contains a key part — the compute cluster management code — in /provider/cluster. 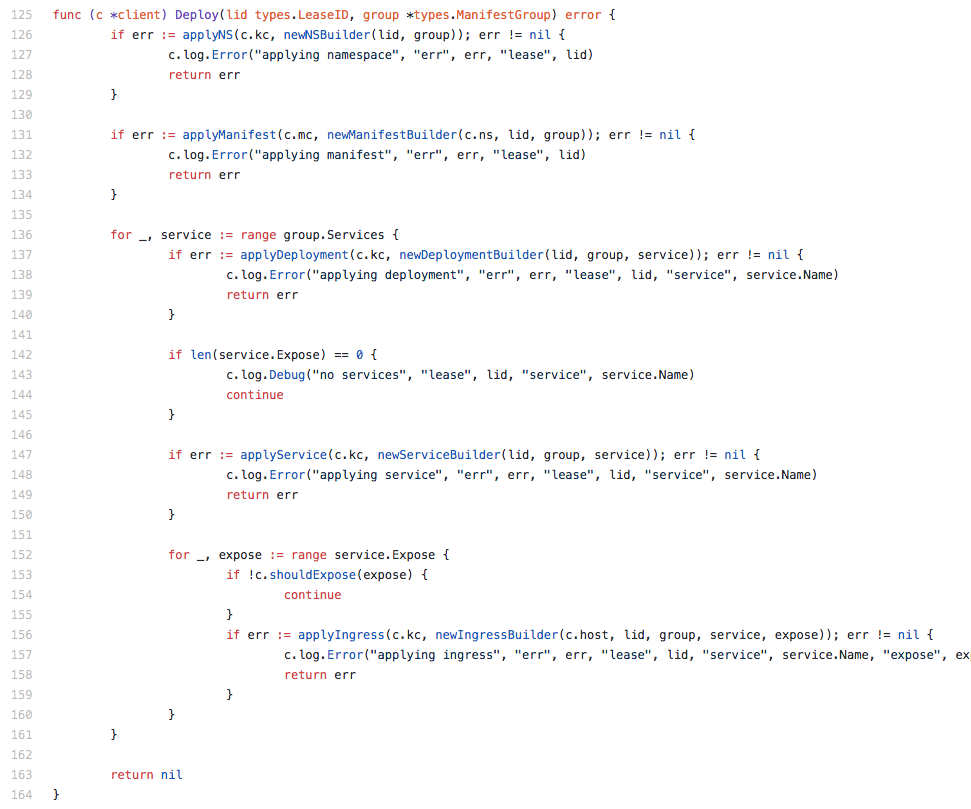 Lastly, I love that they already have CI/CD and coverage workflow all set up.

The code that Akash has is already clearly test-net ready, and includes basically everything the whitepaper says it is supposed to have. It’s a lot simpler than the competitors listed above, but that’s irrelevant because Akash is targeting general purpose workloads instead of supercomputer workloads.

A simplified explanation of what has been created is a blockchain based on Tendermint, with a protocol for broadcasting and negotiating computing resources, managed by a Kubernetes backend.

However, there is 1 thing I wish Akash had, which is allowing general purpose tasks to be executed on GPUs. I think this is something Symbioses has developed already, which gives them a larger pool of data centers available to them (ie all the existing GPU mining facilities).

Questions for the team:

How to verify outcome of computation?

What does the Manifest file for deployment look like?

When is the public version available?

Is there benchmarking done for each agent re: latency, cpu speed, memory, storage?

How is storage dealt with? eg. for machine learning workloads that need a ton of data on my local machine, can the network gain access directly, or do I need to upload to ipfs first?

Do you have a testnet demo that can be shared before the public version is available?