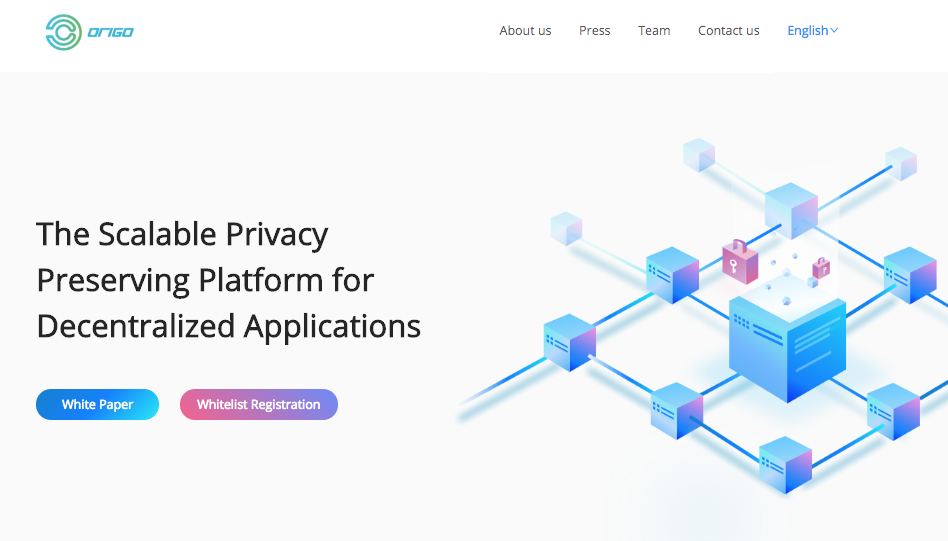 06/21/2018 - Origo has told me that some repos will be open-sourced in the next few weeks. Currently, since all the code is sitting in a private org on Github, I had a call with the core team for a code and development roadmap walkthrough.

There are two overall stages in Origo’s development schedule:

As part of initial research, the Origo team thoroughly tested all the related tools (ZoKrates, jsnark) in order to find the limitations of each. Based on this knowledge, they then designed a protocol that could run on this setup (aka the proof-of-concept), while simultaneously designing replacements and additional toolchains to eventually remove the original limitations.

While at first glance it may seem that Origo does not have much development progress, there are many subtleties that are non-trivial (shown especially with their collaboration with Jacob Eberhardt, the owner of ZoKrates, and Zikai Wen’s involvement). This is detailed in the Code section. 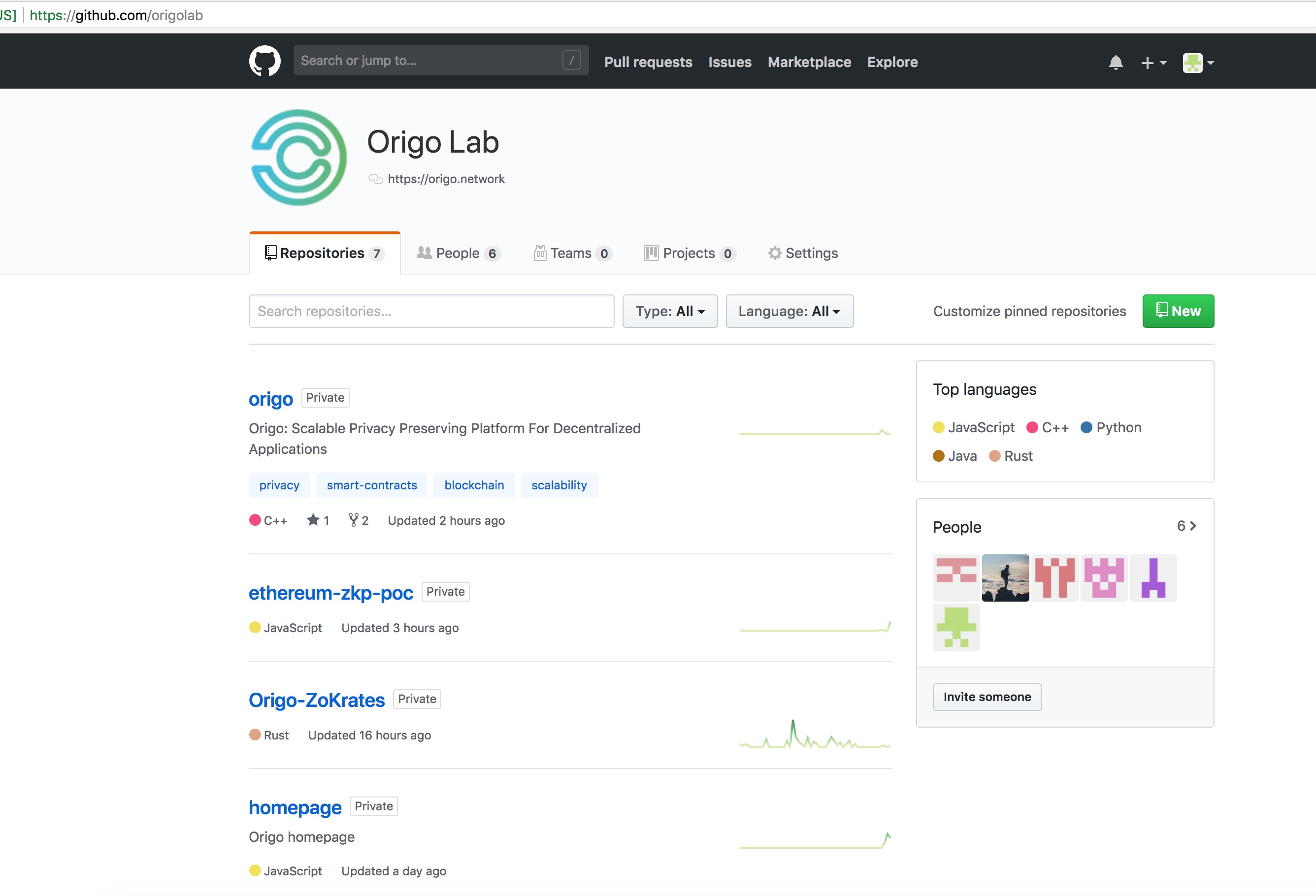 The Origo repo consists of

Some background knowledge on zkSNARK from the Vitalik blog: The steps here can be broken up into two halves. First, zk-SNARKs cannot be applied to any computational problem directly; rather, you have to convert the problem into the right “form” for the problem to operate on. The form is called a “quadratic arithmetic program” (QAP), and transforming the code of a function into one of these is itself highly nontrivial. Along with the process for converting the code of a function into a QAP is another process that can be run alongside so that if you have an input to the code you can create a corresponding solution (sometimes called “witness” to the QAP). After this, there is another fairly intricate process for creating the actual “zero knowledge proof” for this witness, and a separate process for verifying a proof that someone else passes along to you, but these are details that are out of scope for this post.

Init: A Node is elected and its public key is shared to all involved parties.

Execute: Each party encrypts its private input and coins information with an executor’s public key. A zk proof is built to prove the encrypted value matches the commitment. This verification is done on-chain, and once finished, the blockchain sends the encrypted data to an executor node. Executor uses its private key to decrypt the private inputs, and executes the smart contract on the node itself. This runs using ZoKrates in the proof of concept.

Settle: The executor builds a proof to prove the outputs are correctly computed from the inputs, and encrypts output with each party’s public key. The executor sends the proof and the encrypted outputs to blockchain, where it is verified on-chain. Each party can uze their private key to decrypt the output. 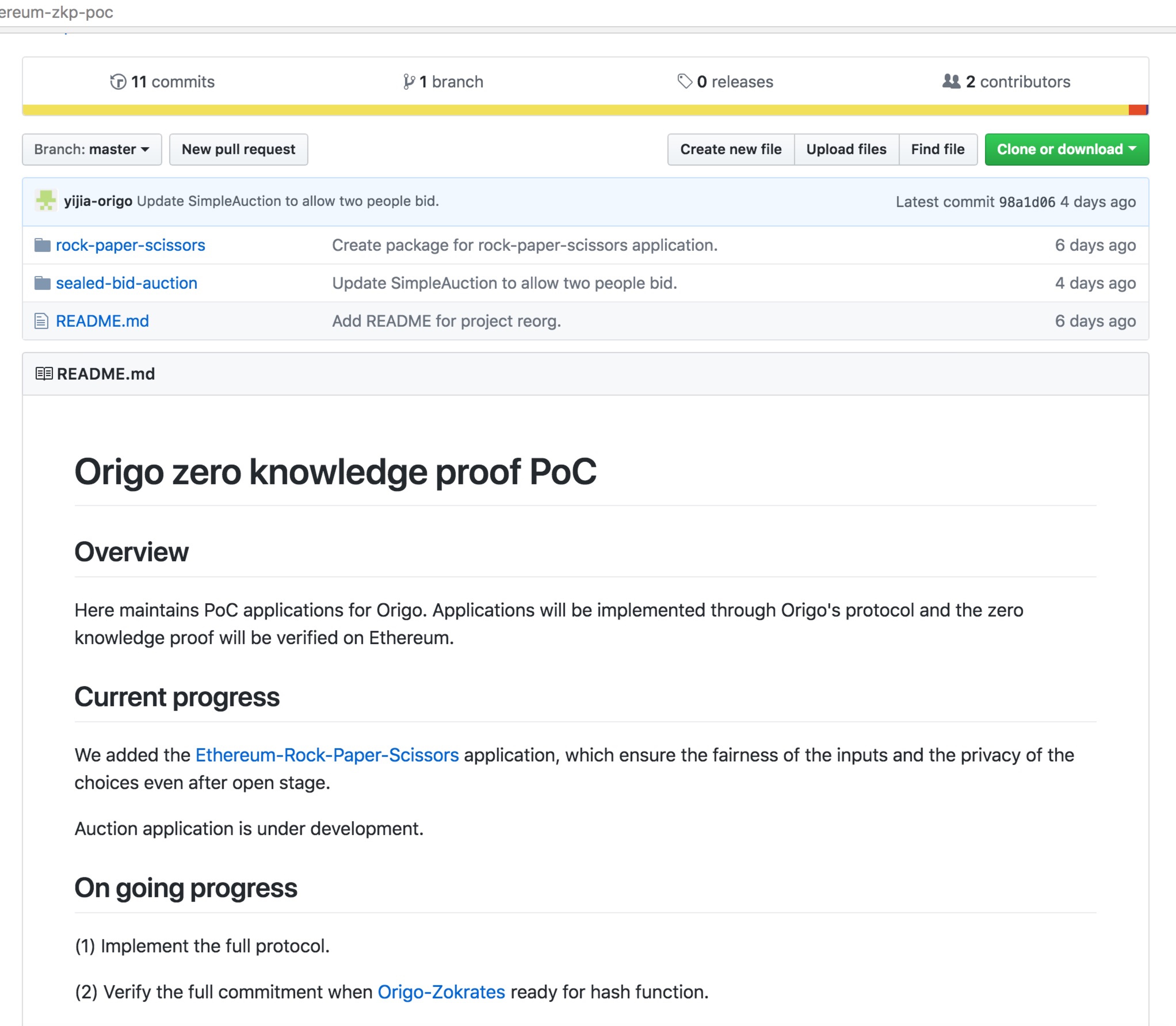 I was given a functional demo of the sealed bid auction, running with Metamask and Ganache. (continues) 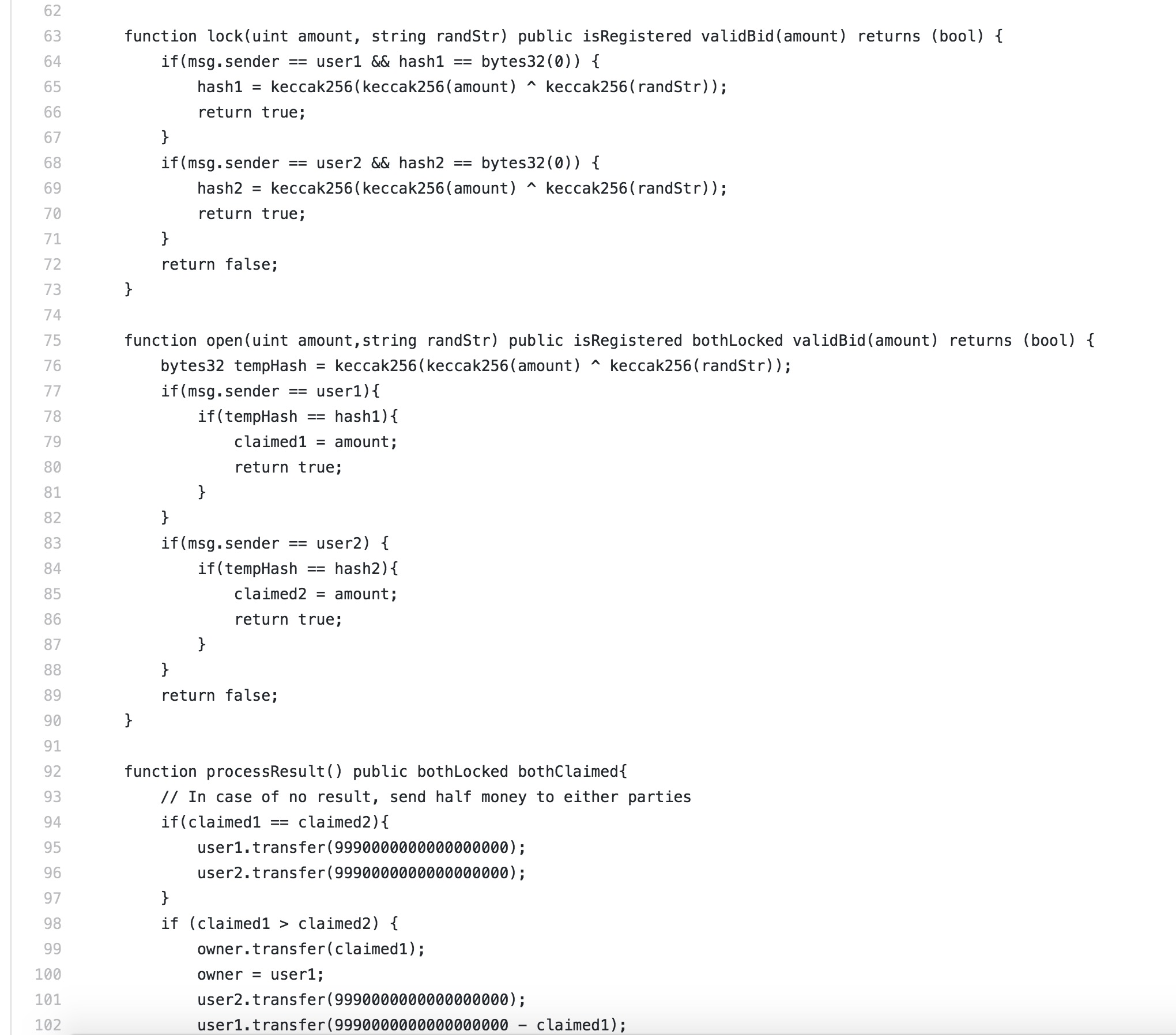 For example, here’s the sealed bid auction smart contract. It’s a fairly straightforward contract, where both bidders lock an amount confidentially (Commit Phase), both bidders open to claim their winnings (Execute Phase), then processResult() to create the transactions (Settle Phase). There is a corresponding piece of code written in ZoKrates DSL that includes the same logic as processResult to execute off-chain (I saw the code for this, but didn’t get a screenshot). To remove this redundancy, Origo is writing a Solidity compiler for zksnarks (the osnark repo). (continues) 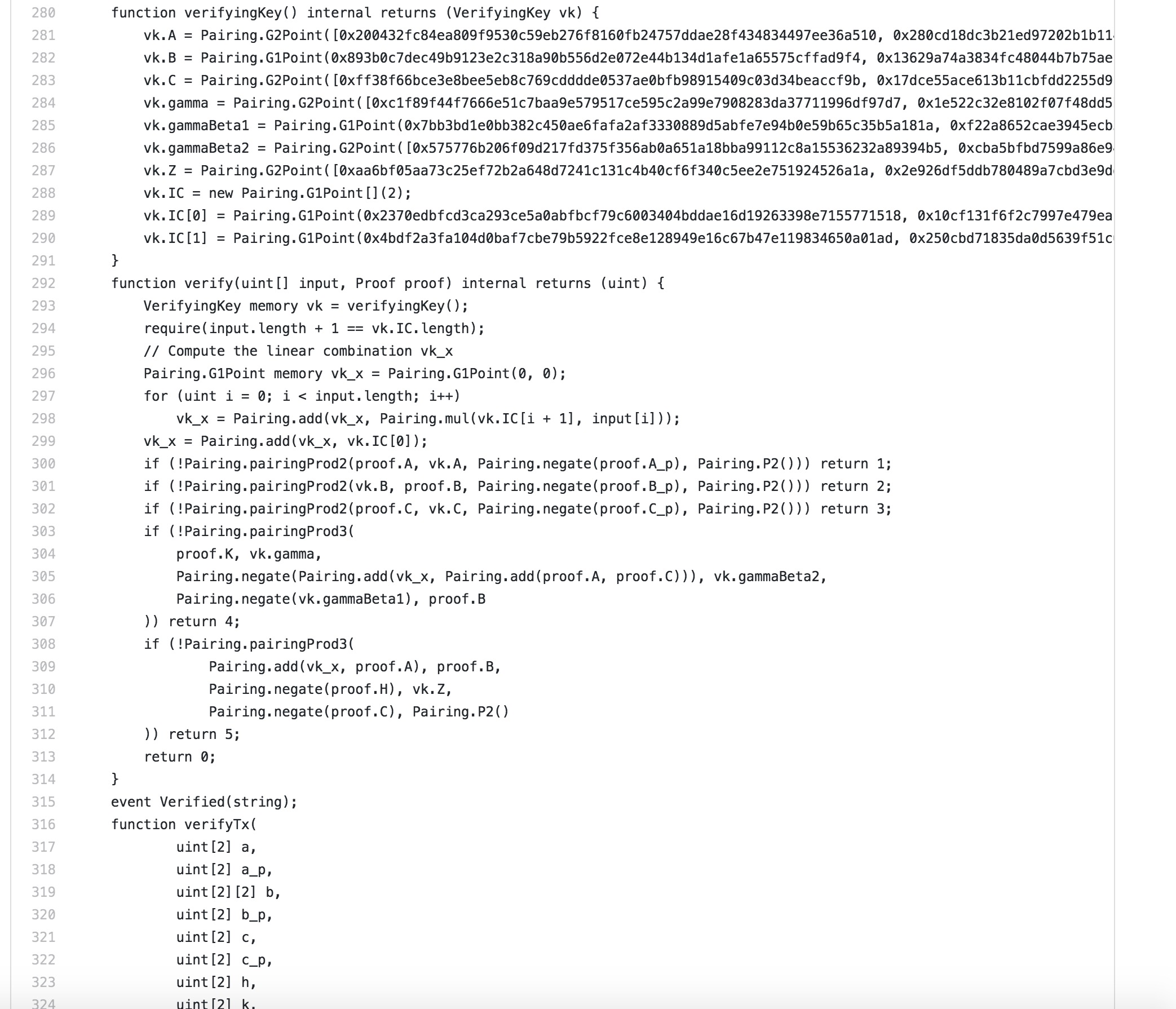 Here’s the corresponding zk verification code. This code verifies that the outputs of ZoKrates matches the inputs from each party (on-chain). I think ./zokrates export-verifier generates something like this. 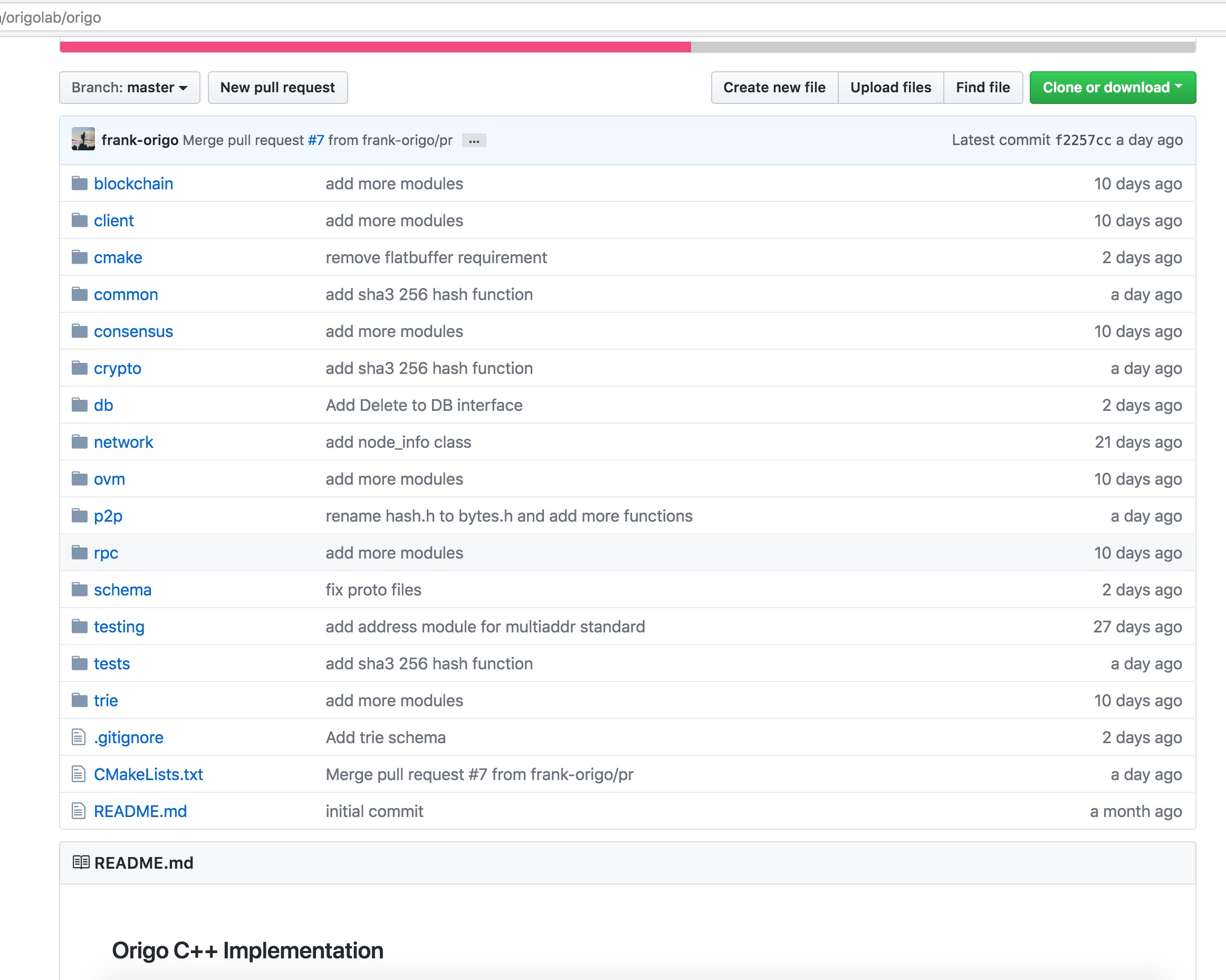 origo blockchain repo. We did not go over this in the walkthrough, as they suggested it was very new and relatively bare.

osnark repo with circuit builder, below. 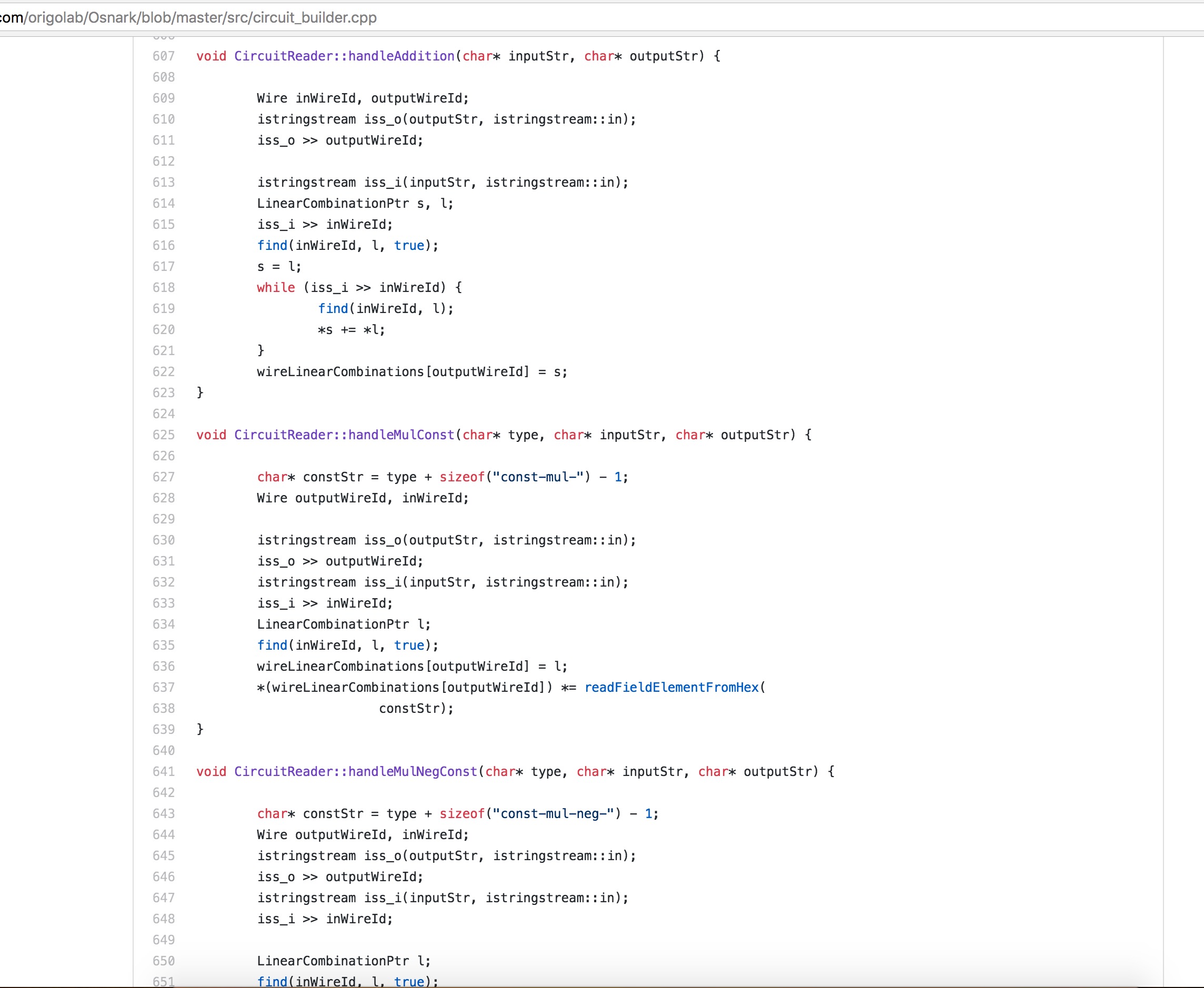 circuit_builder code. I wasn’t very familiar with arithmetic circuits until reviewing this project, but the code looks good to me. The screenshot is code that verifies the wires between each arithmetic gate in a circuit. There is plenty of research out there for verifying arithmetic circuits, but this code is novel. 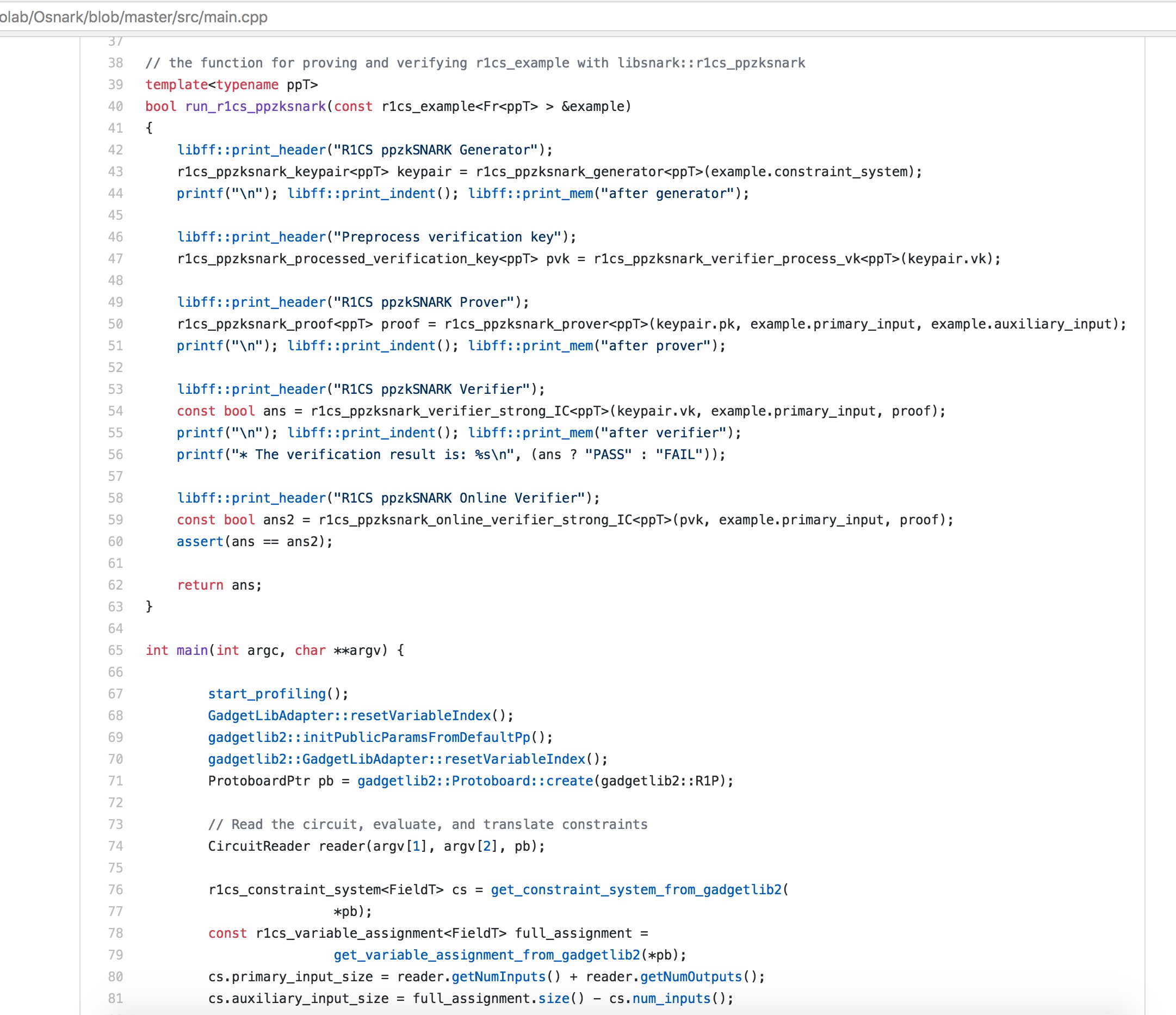 The code that runs and outputs the text below.

Setup, proving and verification. The last 1s of the animation is the verification step, to show zk verification is very quick. This was part of their benchmarking tests, and extensively uses ZoKrates.

For a 4-5 month old project, Origo has made about as much progress as I’d expect from a good team. The team members have impressive backgrounds, and it’s clear that they deeply understand the existing research (+ research done by some team members), and know how to utilize it to build a beginning to end proof of concept.

Compared to the scope of the whitepaper (aka project architecture), this code is relatively early stage.

Unlike many projects, most of the work has been in the testing, benchmarking, and design phase, rather than the build phase. That is understandable as most experienced engineering projects are like this, but it’s difficult to show this progress in a code review.

To demonstrate their progress, they showed me how they benchmarked these existing tools, and all the shortcomings and limitations they’ve come across while using these tools. Meanwhile, they have also designed and implemented a new circuit compiler framework — something necessary for getting fully independent from ZoKrates.

With additional implementation, Origo has the potential to be a strong contender in the private smart contract space. I’d like to revisit this project in a couple weeks to update the review.